Does the Economic Downtown Need another World War? 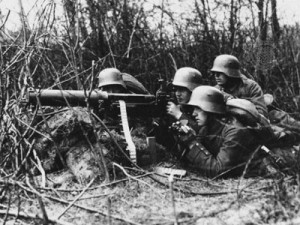 When it comes to examining the world of investing from a global perspective, it helps to take a step back from the details. It’s important to view the market through several lenses, not only to see the bigger picture but also to see what other people might not notice.

The seriousness of the global economic climate and the structural dependency on globalization might just mean that things will not get any better until a few serious and possibly horrible changes are made. World War II was responsible for ending The Great Depression – it’s true that FDR did not revive the US but that it was brought back to life by the war. World War II required plenty of resources, from nearly every factory to every person in the country, including many women. The entire war effort fueled the economy. If The Great Depression was lifted by a world war, could our downturn benefit from one, too?

A world war could possibly be in the horizon as there are many hotpots to think about. Israel continues to be at odds with Iran. How will the economy respond to this ongoing tension? The former soviet and Baltic states are restless as their currencies are fighting to survive, and violent protects have even broke out in Moscow. China is also a major hotspot and has experienced a growing number of protests in recent years, right alongside the global economic downturn. Although the Communist regime covers up the magnitude of the problem, people who know say it’s very severe. Most recent incidents such as the persecution of Falun Gong and the tanks in Tiananmen Square might seem insignificant compared to when the power struggle between the poor and the government is tested.

Another area of major concern for the global economy is totalitarian countries. More specifically, the countries that are oil exporters with high marginal costs. In this scenario, the Middle East is off the hook. Rich countries like Canada are also okay. However, Russia, Iran, and Venezuela are especially troublesome. They have high marginal costs of close to $100; and the global spot price has gotten close to that number and could spike again.