Previous research in local and distant search suggests that new knowledge which is core to its school of thought is likely to be intellectually embedded within that school and have less impact outside of that school, and new knowledge located closer to the periphery of its school tends to more explicitly engage ideas meaningful both to its own field and to audiences beyond its field (McCain 1986, 1987). Even within a school, new knowledge that remains too close to the core ideas of a school and does not search for and use new ideas is less likely to have innovative impact (Meyer and Zucker 1989; Fleming 2001; Fleming and Sorenson 2001) and is thus less likely to influence others and be more highly cited by those within its school (Rosenkopf and Nerkar 2001). At the same time, knowledge too distant from the core might not reap as many of the benefits of membership. This would imply that the relationship between a position at the center and periphery of a school is curvilinear—that a position at the semi-periphery of a school, straddling more than one school or reaching beyond one’s school, would tend to draw the largest audience for new knowledge and receive the most overall citations. Such boundary-spanning research is more likely to draw fresh, interesting outside work into a school, which would potentially result in more impact (Fig. 2).

END_OF_DOCUMENT_TOKEN_TO_BE_REPLACED

Hotelling (1929) described a competitive game that was later adapted to explore strategic positioning in ideological space. In the game, two hypothetical newspaper sellers, competing for readers who are distributed evenly along ‘‘Main Street,’’ can set up their stand anywhere in town. Assuming that, for the same price, customers will buy the closest newspaper if one newspaper seller were to position himself anywhere but the center of Main Street, the other would position himself a little closer to the center point and gain the majority of the customers. Thus both sellers end up converging at the midpoint of Main Street. In this model each player explicitly takes into consideration the moves of other players when acting. A political variant of this principle was applied to the ideological landscape of voters to explain the middle-of-the-road views generally espoused by candidates of major political parties (Downs 1957). Given an even distribution of voters, politicians in a two-party race, in order to appeal to the greatest number of voters, will converge to mainstream positions where they maximize their access to voters in a Nash equilibrium. More generally, Downs’ work finds that in an intellectual landscape, given Hotelling’s assumptions, a central position closest to the greatest number of consumers is optimal.

END_OF_DOCUMENT_TOKEN_TO_BE_REPLACED

Cohesive intellectual communities called ‘‘schools of thought’’ can provide powerful benefits to those developing new knowledge, but can also constrain them. We examine how developers of new knowledge position themselves within and between schools of thought, and how this affects their impact. Looking at the micro and macro fields of management publications from 1956 to 2002 with an extensive dataset of 113,000? articles from 41 top journals, we explore the dynamics of knowledge positioning for management scholars. We find that it is significantly beneficial for new knowledge to be a part of a school of thought, and that within a school of thought new knowledge has more impact if it is in the intellectual semi-periphery of the school. Keywords Innovation Management Schools of thought Clustering. END_OF_DOCUMENT_TOKEN_TO_BE_REPLACED 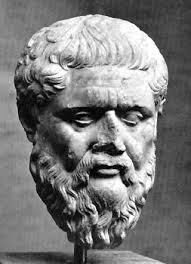 I recently re-read the essay “A New Interpretation of Plato’s Socratic Dialogues,” by Charles H. Khan, included in my book Space of Love and Garbage. Charles H. Kahn is Professor of Philosophy at the University of Pennsylvania. He has published The Art and Thought of Heraclitus, The Verb ‘Be’ in Ancient Greek, and Pythagoras and the Pythagoreans, as well as his first book, Anaximander and the Origins of Greek Cosmology. The present article reflects the views developed in his Plato and the Socratic Dialogue (1996). END_OF_DOCUMENT_TOKEN_TO_BE_REPLACED